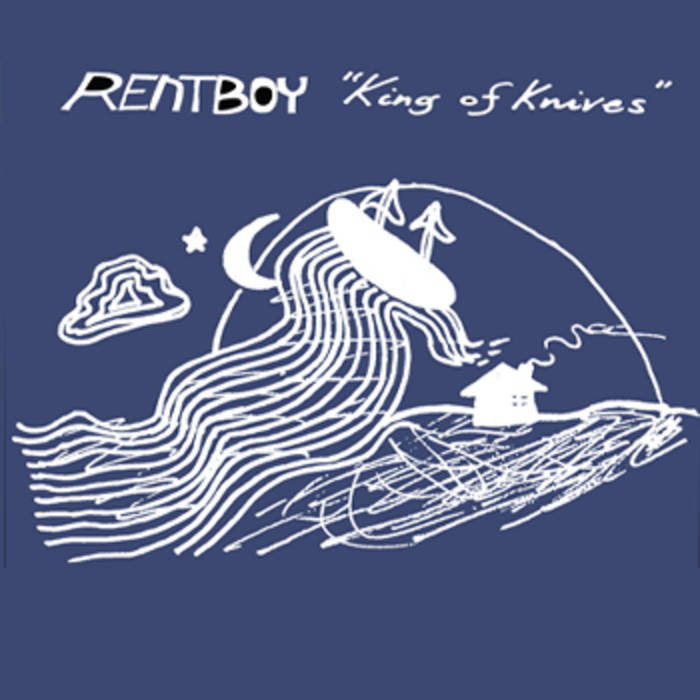 The second album ever made by Rentboy was back in '97.
'King of Knives' was conceived as a concept album in that the material was to be dark and fairly autobiographical. The lyrics have the psychodrama of a crudely scrawled diary entry.
Grey guitars, echoed voices, occasional samples and peppered feedback provide the background. The 4-track recording uses every aspect of that medium to a sharp and playful purpose.

Copies were made and released by Consumer Productions in 1997 but most were lost in transit in Melbourne. Then during a 'bad afternoon' Dan smashed the master tape, feeling he had gone somewhat too far. His friend Julian Percy had been told to destroy his copy but didn't, which allowed Consumer Productions to release a CD-R version several years later in 2004 re-mastered by Ben Crothers.

Alberts Basement are proud to release a brand new limited edition cassette run of the 'King of Knives' cassette, with full colour artwork and complete lyrics.

Bandcamp Daily  your guide to the world of Bandcamp

Cannibal Corpse's George "Corpsegrinder" Fisher stops by for an interview